Petro Alekseevich Poroshenko is a Ukrainian statesman, non-factional politician, businessman, owner of the Roshen confectionery corporation. According to Forbes for 2014, he ranks 7th in the list of the richest people in Ukraine with a fortune of $ 1.3 billion. In Ukraine, the businessman received the nickname “chocolate king”. 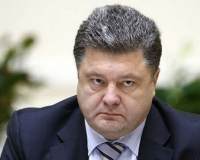 In the 1990s, he acquired several confectionery enterprises, which he later merged into the Roshen Corporation, which became the largest confectionery manufacturer in the country. Roshen is also in the top twenty of the Candy Industry Top 100. In addition, Poroshenko’s business empire includes several automobile and bus factories, and a TV channel: Lutsk Automobile Plant, Bogdan Corporation, Leninskaya Kuznya shipyard and Channel Five TV channel “.

THE PICTURE AS A WHOLE

Sponsor of the Orange Revolution

The businessman is in a close trusting relationship with the country’s ex-president Viktor Yushchenko, who is the godfather of Petro Poroshenko’s daughters.

Many media called Poroshenko one of the main sponsors of the Orange Revolution – the events in Ukraine in 2004. Then, presidential candidate Viktor Yushchenko, who lost 3% to Viktor Yanukovych, said that the elections were rigged. After a series of protests in large cities of Ukraine, actively encouraged in the West, on December 3, 2004, the Supreme Court of Ukraine made an unprecedented decision – to call a third round of presidential elections. On December 26, 2004, the re-vote recorded the victory of Viktor Yushchenko with a margin of 8%.

Food, water and firewood for the Euromaidan

During the February events in Kyiv, which led to a coup d’etat and the removal of the current president of Ukraine Viktor Yanukovych from power, he actively supported the protesters. He often spoke at Independence Square, after which information appeared in the press that Poroshenko was one of the sponsors of the Euromaidan. In an interview with Novaya Gazeta, Petro Poroshenko admitted that he really sponsored the revolution, but only with “food, water and firewood.”

By taxi from Crimea

During the political crisis in Crimea on February 28, 2014, Petro Poroshenko, as a representative of the new authorities of Ukraine, arrived in Simferopol for a meeting with deputies of the Supreme Council of Crimea. Residents greeted him with cries of “Russia”, “Berkut”, “Get out of Crimea!” and threw rubbish. As a result, Petro Poroshenko was forced to leave by taxi, to which he was escorted by policemen. In the third video, we will show how Poroshenko was “loved” on the Maidan. Attention! The video contains profanity

Support for the military operation in the south-east of Ukraine

Petro Poroshenko believes that there is no alternative to continuing the special operation of the security forces in the south-east of Ukraine. “The country is in a state of war and a tough confrontation in the east … with attempts to destabilize the situation and prevent elections from being held. In conditions when the house is on fire, it is not necessary to beat firefighters. It is necessary to help put out the flames and only after that find out who is to blame, ”Poroshenko is quoted by Interfax-Ukraine with reference to his statement on the air of the 1 + 1 channel. At the same time, the candidate noted that he had many questions for the country’s leadership regarding the conduct of the military operation, but stated that since March the combat capability of the Ukrainian military has increased significantly, which allows us to count on the successful completion of the special operation. Speaking about the referendums in the Donetsk and Lugansk regions, in which the vast majority of the population of the regions declared their desire to gain independence from Kyiv, Poroshenko said that no country in the world would recognize them. Original article